This is a summary to a short story I wrote and high school and just recently found. 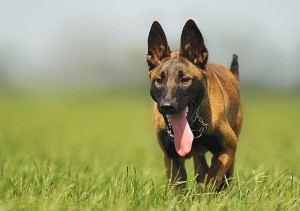 Sarah Scaggs and Jimmie Barron passed the old junk yard every day where a scraggly German shepherd would bark, growl and jump up to the gate almost knocking it down. Plastic green fillers hid all that laid beyond the gate. The children could only see the dog through the cracks between the gate sections. The dog scared Jimmie, but Sarah always had a certain understanding with animals, almost as if she could understand their thoughts and feelings.

One day while taking their usual walk to school, the dog’s fierce attitude scared Jimmie away. Sarah stayed hiding herself behind some trash cans piled high in the driveway. The large gate opened showing peeks of the junkyard, but Sarah didn’t see nor hear the old German shepherd. She created terrifying scenarios in her head about the fate of the dog. She noticed a tow truck backing into the driveway of the open gate. Twenty minutes later the truck pulled out dragging a car behind it. Through the window of the old junked car, Sarah could see the old dog’s head. She observed his sad eyes. A look exchanged between the two and the dog ducked down.

As the truck sped down the street, she wondered what would happen to the old dog. “You’re free,” she said in her head, believing the dog received the message. Sarah walked on to school but kept the dog clear in her mind.

Jimmie joined her on the way home but taking the long way instead. She couldn’t bear to pass the junkyard, knowing pf the old dog’s absence. Crossing through the long clearing surrounded by bushes, Sarah finds the scarred dog. At first, the he growled at her, but something inside her brain shifts, from her to the dog’s, until they fuse together becoming one.

She looked up at Jimmie and announced that they must help him. She coaxes Jimmie into borrowing his little brother’s red wagon and a blanket to cover the dog. Within the hour the two children transported the dog into the old shed behind Sarah’s house. Within a week he recovers but one afternoon Sarah comes home and discovers something strange has happened. The dog speaks to her, but only she can hear him. He tells his name is Scrape.

The dog’s disappearance doesn’t go unnoticed. Old Man Otis, the junk dealer, has put up signs all over town in hopes of finding his lost dog. Scrape confined to Sarah that he would rather die than return to the junkyard. Sarah convinces Scrape to flee into the woods. This life of savage freedom appeals to him. With the help of Jimmie, Sarah and Scrape elude all seekers in the dead of night. A tearful goodbye takes place for Sarah and Scrape, although Jimmie doesn’t understand what is going on.

Weeks pass and Sarah feels lost without Scrape’s company. She would force Jimmie to walk with her through the woods in hopes of seeing Scrape again or to merely feel his presence, but on one particular day while Sarah and Jimmie were walking through the woods, a pack of wolves laid in waiting. Sarah cried out for help. The small but agile Jimmie swiftly climbed a tree, shouting at Sarah to do the same, but Sarah was trapped on the ground, the wolves hovering over her.

Suddenly, the scruffy-looking dog leapt to her defense, making short work of the wolves that threatened Sarah’s reunion was short-lived as gun shots could be heard. Two men with riffles showed up, firing at Scrape. Sarah shouted for him to run, but it was too late. The bullet pierced him. As the blood flowed, Sarah cried. Even in his weakened state, the dog walked off into the woods. Sarah made no attempts to stop him, knowing Scrape would finally achieve what he always wanted. What he never had in life, he would achieve in death. Freedom.

I am a 43 year old telemarketer who loves to write fiction.