Since the advent of photography, images have been captured that have represented and defined many of the most important events of nearly the last 200 years. But which image can take the crown of being the most viewed of all time? The answer is an almost unremarkable snapshot of a simple landscape …

So which vista is supposedly the world’s most viewed photograph? Is it the rugged coastline of Western Australia; a New Forest photographer capturing their picture perfect surroundings; or perhaps an image showing the undeniable drama of America’s Yellowstone Park? The answer to all of these is no, though the last does share a geographical trait with the picture in question. 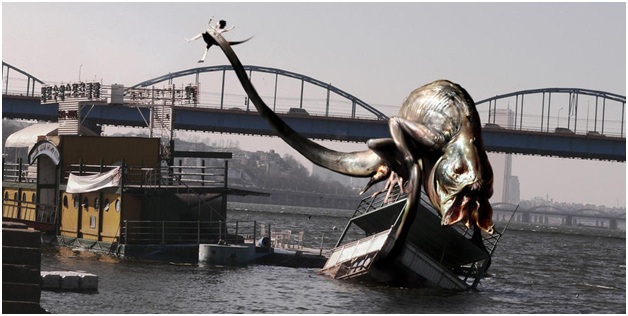 Image Credit
The leading contender in the race to be named the most viewed photograph of all time is one that many of us see each and every day when we access our laptops or desktops for work or for leisure and its name is “Bliss.” Taken by photographer Charles O’Rear, the perfect curves of the bright green hills meeting the blindingly blue sky in California’s Sonoma County are now better known as the default desktop wallpaper image on all Windows operating systems.

However, as much as the image is undeniably well taken and indeed culturally significant, is it right that it should be as lauded? Or are there other images that deserve more recognition?

The worst of times

There is no denying it; some of the most striking images of this century and the last were sadly borne out of war and conflict. At the height of the Sudanese famine in 1994 famed photographer Kevin Carter, took a Pulitzer Prize image that truly captured the horror of poverty. And taken nearly 50 years earlier, Joe Rosenthal’s iconic photograph of American soldiers planting the US flag at Iwo Jima remains a symbol of both loss and victory.

The best of times

Away from the flawed art of the paparazzi, the rise in celebrity culture has seen the photograph become a real commodity over the last 50 years. Whereas for many of us precious wedding photos, such as those provided by newforeststudio.com, are to be shared with the world, those in the public eye can feel quite the opposite. Far from rejecting this wholesale, some celebrities have managed to strike a real balance between the thirst of their fans and the importance of their privacy.

Take Angelina Jolie and Brad Pitt for example: in 2006 a photo of their newborn daughter fetched over $4 million and in 2008, images of their twins earned them a reported $11 million. Furthermore earnings from their wedding, commanded a high fee. And where has all this money gone? Quite impressively, all earnings have benefited the couple’s charitable interests.

So, is “Bliss” the most viewed photo of all time?

Whether it is deserved or not, O’Rear’s landscape has reportedly been seen by an estimated 1 billion viewers since it became Microsoft’s property in 2002. But one thing is for certain; the image cannot be recaptured. For just as society has changed for better or worse over time, so has the once perfect landscape captured in “Bliss”.